As with most things relating to ASB case management, there are very good ways of using hearsay evidence to support legal cases, as well as very bad. The recent case of Taylor v Solihull MBC was a timely reminder to ensure that we are presenting this type of evidence in the best possible way. I thought it useful, therefore, to use this blog to reflect on the things we can be doing to ensure that the most weight is given to any hearsay evidence we use.

Before looking at the ways we can use it to best effect, it is worth considering what we mean when we refer to hearsay evidence. Essentially, it is evidence that is being given second hand; the person who actually saw and/or heard what the evidence is based on is not the person giving the evidence. It is allowed in civil cases, meaning that it can be used in legal actions where ASB tools are being used, such as for an injunction or where possession is being sought.

Hearsay evidence is invaluable for ASB cases and is most commonly used in situations where the person who has directly experienced the problems is too scared to attend court and provide first-hand evidence, or where an illness prevents them from doing so.

It is important to highlight that hearsay evidence will not necessarily be given the same weight as first-hand evidence. The reason for this is clear when we think about how evidence is tested in practice. Where a witness is in court themselves, the opposing party has the opportunity to ask questions about the evidence, to try to establish the credibility of it. Where evidence is presented as hearsay, the opposing party is denied this right.

Hearsay evidence tends, therefore, to be used as supporting information. For example, a case might involve first-hand evidence from professionals, such as housing officers, police officers or community wardens, about incidents that they have witnessed. Hearsay evidence from people in the community could be used to support this, highlighting the impact to residents.

There are times where hearsay evidence alone may be enough to secure a legal order. Experience has shown me that this is more likely in injunction applications, where the consequence for the perpetrator is less severe than possession. Alternatively, in closure order cases where the behaviour tends to be very serious and it is understandable why someone would be petrified at the prospect of stepping forward into the spotlight and giving first-hand evidence.

The Civil Evidence Act 1995 helpfully sets out the points that a judge should consider when deciding how much weight to give hearsay evidence, and it is advisable for the officer to know these points so that they can be addressed in the evidence, ensuring that the hearsay evidence is as valuable as possible.

The points that the judge will consider include:

Whilst it’s really useful to know what the legislation says, real value comes from understanding how we can use this knowledge to best shape our casework, with the aim of ensuring that our cases are as strong as possible.

Below are some of my top tips in terms of using hearsay evidence:

Multiple hearsay is essential a game of Chinese whispers; the person giving the evidence is far removed from the person who originally saw or heard the information that is being provided to the court. An example would be where I interview a complainant and they tell me about something that their neighbour has told them. The complainant is too ill to give first-hand evidence so I present what they have told me as hearsay. The information they obtained from their neighbour is multiple hearsay; it has been passed through a number of people before it reaches me.

The danger with multiple hearsay is that it can be inaccurate. The joy of the game of Chinese whispers is that the statement voiced by the person at the end of the chain is often very different to that the first person came up with. For these reasons, a judge is unlikely to give much weight to multiple hearsay.

In terms of the scenario above, it would be much better for me (as the officer) to go and speak to the neighbour about whom the complainant refers. I can test whether I believe the information being given to me by them and they can either present the evidence first hand or I can give hearsay on their behalf, safe in the knowledge that it is first-hand hearsay, rather than multiple hearsay.

One of the points that was made in the recent closure order case (cited above) was that officers should not just use hearsay evidence as a matter of course, without giving proper consideration as to whether it is the only way to present the evidence.

It is, without question, a challenge sometimes to get residents to give evidence first-hand. This is completely understandable: it is likely to be a new experience and they face having to stand up against someone they may be intimidated by. However, there are lots of things that we can do to encourage residents to give evidence, including building a rapport, fully explaining the process, putting in place practical measures such as pre-court visits, explaining that they are better protected as a witness, etc.

When we first ask whether a resident is willing to come to court, the answer may well be an adamant “no”. What we shouldn’t do is immediately present the option of hearsay evidence; once that carrot is dangled in front of a fearful resident, we are unlikely to make them consider otherwise. Instead, we should explore the issue further, offering reassurances and suggesting hearsay evidence as a last resort only, where we feel it appropriate and necessary.

One of the things that the judge will be considering is whether there is any reason why the witness is not in court. Perhaps as a case officer, you have come across a resident who you feel would weaken your case: they swear a lot, get angry easily or perhaps weren’t particularly blameless during the incidents they are describing. It may be tempting to present this person’s evidence as hearsay, as a way of getting the information heard whilst avoiding the person from having a detrimental impact on the case.

This approach should be avoided. A decision needs to be made as to whether the witness is used at all or if their behaviour can be explained. For example, perhaps they have stormed around to their neighbour’s house at 2 am, banging on the neighbour’s door and shouting at them to turn the music down. Whilst this is certainly not ideal, it can be explained. Perhaps the witness has been suffering sleep loss for several days, perhaps their children cannot sleep, perhaps they have to be up for work early the next morning. My advice would be simply to address it in their witness statement, clearly explaining why it happened. If it is hidden from the witness statement, it may look worse if raised by the defence, as if there was something to withhold.

You will see that much of the considerations for the judge rests on why the evidence is being presented as hearsay. When drafting a witness statement it should, therefore, be made really clear why the information is being used in this way. Is it that the resident is too scared? If so, why are they scared? Have they seen the perpetrator act in an aggressive manner before? Have they been threatened themselves? Perhaps they are too ill or elderly?

The challenge will come where the behaviour is less serious; it will be immediately evident to the judge why someone is concerned about giving evidence against a violent neighbour but less so if the matter relates to something less disturbing, such as dog fouling.

Hearsay notices give the other party notice of your intention to present certain evidence as hearsay evidence. It is a requirement of the civil procedure rules and therefore must be complied with. Where not completed, there is a risk that the evidence might be struck out or, at the very least, will make your legal representative (and by virtue of the association, your organisation) look incompetent and disrespectful of the court and court time.

The fact that hearsay evidence can be used in civil proceedings, like possession and injunction applications, is hugely beneficial. The responsibility for case officers is to ensure that it used appropriately and to best effect.

This article was initially produced for use on the ASB forum, an on-line platform offered to practitioners free of charge by RHE Global. The forum can be used to ask queries and share best practice. More details on signing up can be found HERE 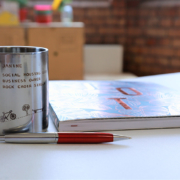 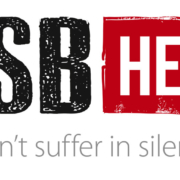 The Community Trigger – Five Years On 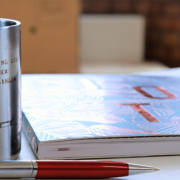 The Closure Order in Practice 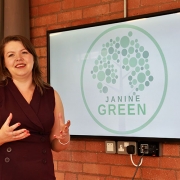 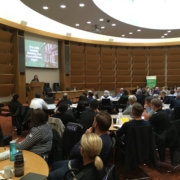 Want to join the discussion?
Feel free to contribute!

Janine Green ASB Chats……….. Covid-19 and ASB
Scroll to top
We use cookies to ensure that we give you the best experience on our website. If you continue to use this site we will assume that you are happy with it.OkPrivacy policy